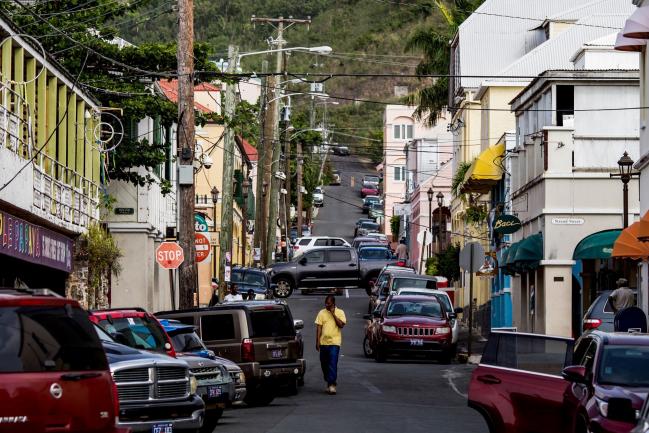 © Bloomberg. A pedestrian speaks on a mobile device while walking along a street in the town of Christiansted in Saint Croix, Virgin Islands.

(Bloomberg) — The U.S. Virgin Islands suspended a nearly $1 billion debt sale after a group of retirees filed a lawsuit challenging legislation that authorized it, extending the territory’s exile from America’s bond market.

The cancellation of the deal was necessary because of “the negative impact of ill-intentioned litigation deliberately filed in the Superior Court of the Virgin Islands on the eve of bond pricing and closing,” Governor Albert Bryan Jr. said in a statement on Monday.

The deal was intended to refinance outstanding debt through a securitization corporation backed by the nearly $250 million a year the Virgin Islands receives from the U.S. government, the territory’s cut of the excise taxes on rum it ships to the mainland. Last week, the government delayed the deal, which was expected to price Sept. 24. The lawsuit was filed Sept. 22.

The sale had been expected to be a major test of the $3.9 trillion municipal bond market, where investors have continued to snap up riskier securities as benchmark yields hold near the lowest in decades. The territory hadn’t sold long-term debt publicly in the U.S. for years as it wrestles with the same economic forces that drove its bigger neighbor, Puerto Rico, into financial ruin.

A debt service payment the island owes on Oct. 1 will be made on schedule, according to Bryan’s statement.