Vanguard to close most of its institutional business in Australia;... 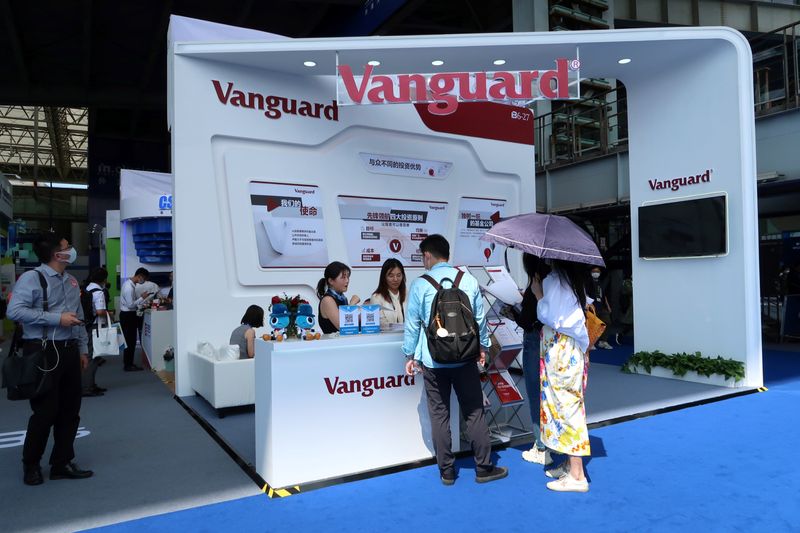 © Reuters. People are seen at a booth of Vanguard Group at a fair during the INCLUSION fintech conference in Shanghai

SYDNEY (Reuters) – Vanguard Group Inc said on Wednesday it will close most of its business managing money for institutional investors and large pension funds in Australia and New Zealand, and focus on serving retail clients.

The U.S. investments giant, which has roughly A$164 billion ($118 billion) in assets under management in Australia, will stop offering customised products called segregated mandated accounts (SMA) to large institutional investors.

The exit comes as Australia's pension funds, which make up the world's third-largest pool of pension assets, have moved towards managing a larger portion of their investments internally to lower costs. This has intensified competition for investment mandates and forced the closures of several funds.

The Pennsylvania-headquartered manager will continue to offer some investment products that are "pooled" rather than customised, a spokeswoman said in an email.

It will work with existing SMA clients in Australia and New Zealand to ensure a smooth transition that is expected to take between 12 and 24 months, she added.

Vanguard declined to disclose the value of the assets managed in those SMAs.

In April, Vanguard launched an Australian platform for retail investors providing access to a range of its managed funds, listed ETFs and shares. It has also registered a superannuation product with the regulator, which hasn't launched yet.

Vanguard said in August will close its Hong Kong and Japan operations and cut jobs across both locations as it shifts its Asian headquarters to Shanghai.