Bleaker profit outlook at Bayer turns into reckoning over Monsanto 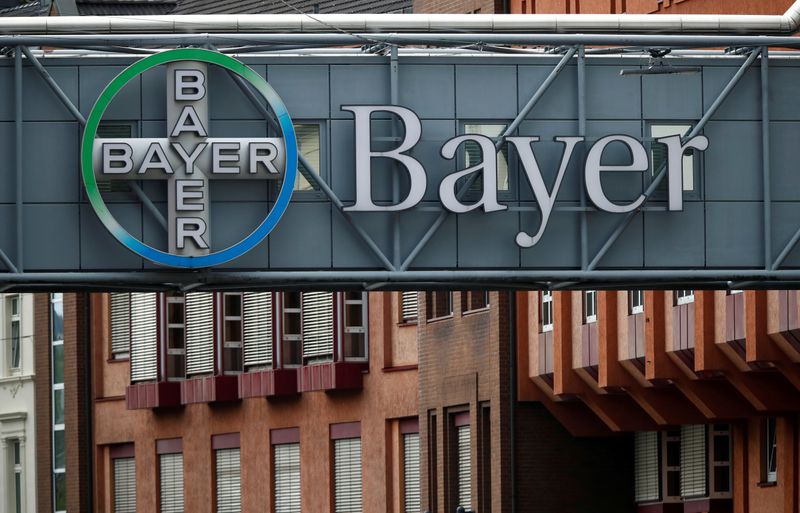 © Reuters. FILE PHOTO: Logo of Bayer AG at a plant of the German pharmaceutical and chemical maker in Wuppertal

By Patricia Weiss and Ludwig Burger

FRANKFURT (Reuters) – Bayer (OTC:BAYRY) shares (DE:BAYGn) plunged after it flagged lower profit next year and warned it may have to write down the value of agriculture assets by close to 10 billion euros ($11.7 billion), rekindling a debate over the merits of the takeover of Monsanto (NYSE:MON).

Bayer, which acquired the U.S. seed maker for $63 billion in 2018, said late on Wednesday the coronavirus pandemic was a bigger drag on the agriculture business than feared, causing lower biofuel demand and negative currency effects, and competition in soy seeds was also intensifying.

The stock dropped as much as 12.7% on Thursday to a six-month low and was down 10% at 1054 GMT. That strips more than 5 billion euros off the company's market value.

The drugs, pesticides and seeds maker said it now expects 2021 sales to come in at around the 2020 levels, with 2021 core earnings per share slightly below 2020 levels, based on constant exchange rates.

"Since Monsanto was acquired, Bayer has delivered its basket of bad news every year and it is clear now that the group will not deliver the revenue growth expected at the time of this acquisition," said Jean-Jacques Le Fur, an analyst at brokerage Bryan Garnier.

That is an added headache as Bayer is already struggling to wrap up an $11 billion settlement over claims that Monsanto's Roundup weedkiller causes cancer after a judge took issue with a side arrangement on future cases that may yet be lodged.

Analysts at Barclays (LON:BARC) said the significant revision of the Crop Science unit's growth forecasts was a particularly unwelcome addition the litigation uncertainty.

"The profit warning for next year is a significant setback for Bayer and its management," said Markus Manns, a portfolio manager at German mutual fund firm Union Investment.

"Things like a breakup of the company or management change could likely come on the agenda again sooner or later," he added.

The contract of Bayer boss Werner Baumann, the driving force behind the takeover, was last month extended until 2024, in a show of support from the drugmaker's new chairman. That came even as the Roundup settlement deal, agreed in June, has yet to be finalised.

Shareholders denied Bayer's top management a largely symbolic vote of confidence at the 2019 general meeting, following court room defeats over Roundup, but Baumann and his team won the investor vote at this year's iteration.